The Pony Preservation Project undertakes to model (with machine learning) the voices of the My Little Pony: Friendship is Magic characters, thus granting them immortality. And, for Twilight Sparkle, the decorum of a sailor.

I don’t know if linking to 4chan is considered bad form - Gwern did the footwork on this, though, so who am I to say? Audio deepfakes, but for cartoon ponies. I’m just going to yank the text from 4chan, since I never know when these pages will disappear.

Pay particular notice to the Google Doc below - it contains rough instructions for training. You need a transcript for each audio clip that you’re processing, so a long-running series like Friendship is Magic is helpful, as you have a wide-ranging corpus to begin with. Background noise also needs to be removed from clips, there is a ‘sorting’ process - which also involves assigning ‘moods’ it seems - and there is also some reference to using Praat, which is used to annotate the files, identifying specific sounds.[1]

TwAIlight welcomes you to the Pony Voice Preservation Project!
https://clyp.it/qrnafm4y

This project is the first part of the “Pony Preservation Project” dealing with the voice. It’s dedicated to save our beloved pony’s voices by creating a neural network based Text To Speech for our favorite ponies. Videos such as “Steamed Hams But It’s Trump & Obama” or “RealTalk Joe Rogan” have proven that we now have the technology to generate convincing voices using machine learning algorithms “trained” on nothing but clean audio clips. With roughly 10 seasons (8 soon to be 9 seasons and 5 movies) worth of voice lines available, we have more than enough material to apply this tech for our deviant needs.

Any anon is free to join, and many are already contributing. Just read the guide to learn how you can help bring on the wAIfu revolution. Whatever your technical level, you can help. Document: docs.google.com

We now have a working TwAIlight that any Anon can play with: Instructions

>Synthbot’s Torrent Resources
In the doc at end of resources.

I’m still not too hyped by machine learning, though. It seems pretty weak given the empire frothing around it. But these small iterations are cool. And you have to love when it comes out of a random subculture rather than the military. Who can’t respect this kind of insanely determined fandom? Impressive work for one week.

In the doc where we keep team meeting notes, we have a place to put your cursor. Is this a common thing? (Ed.: Seems inspired by @aniero.)

Some day this will literally be where we all go to get a breath of air.

But of how many rabbit holes? And how deep are they? And what rabbits dug them?

Tell me, 1uxb0x—your name is so like Linux to me. (Because of ‘fluxbox’ which was my favorite back when I was only probably three times your age.) I think you are still deciding on a name though—is that right?

Your “Notes” and “Free Writing” pages are solid gold.[1] You are clearly a very hard worker—I can’t tell if you are hard on yourself or just very determined. You have a lot of things you want to do in your life, that’s for sure.

I like your “Free Writing” pages—and I do the same thing myself. When I am writing, I like to just write something that I see. Almost like taking a photograph, but I am writing it down. I think most people like to write what they are feeling, but that often causes me to stop and think too much. But I just want to write something—and they are very fun to read back on.[2]

As for your “Notes”—I like pages like this. Or pages like this one about your dad and your sense of morality. You might feel that this page is very disorganized and messy—but I find it to be absolutely readable and I can tell where copy-and-paste is happening and where you are writing.[3] I have a friend who will very much enjoy reading your writings and I hope it is okay if I show him. (He will probably have some excellent advice as well.)

A corporeal directory to another world.

In my travels about the hypertext kingdom, I happened upon a rare portal[1] to a so-called ‘Zymoglyphic’ world—islands of Earth ‘formed by the upwelling of molten magma from the underworld.’

I had not ever known of the creatures of this land! We talk of museums, libraries, cataloging and labeling here, do we not? Therefore, I awkwardly flailed out in my typical shock-curiosity to Jim Stewart—the Museum’s curator.

So what are your visitors like? Unsuspecting tourists? Neighbors that happen to drive by? Pilgrims?

jim: All of the above. Probably the majority of visitors are tourists and locals looking for “offbeat” things to see and do.[2] Some are specifically interested in personal museums, natural history, curiosity cabinets, or a rust-and-dust aesthetic. I do get a fair share of people just passing by as well and have met a lot of neighbors this way.

kicks: So, did you have any idea in mind of who you were looking for when you started the museum or were you just glad to have anyone and everyone?

jim: At first I was just doing it for myself, then when I went public I was happy to have anyone appreciate it. Nowadays (after 2000 visitors) I’m mostly looking for the people interested in a more in-depth connection with the museum.

kicks: I love the guide[3] you have, advice for curating your own museum. In a way, I took it as advice for the blog-hunting I do. You even have a section on ‘outreach’—I have a little group of online friends where we call this ‘find the others’—the pejorative word here might be ‘self-promotion’—to what degree do you engage in this kind of thing for the Zymoglyphic?

jim: Very little at his point. The blog has not seen an entry in years and the twitter account is inactive. Events are announced on Facebook and I have a mailing list that gets used 3 or 4 times a year. People who visit leave reviews on review sites and photos on Instagram, and I am on a lot of “quirky things to do in Portland” lists. The place is small and can’t really accommodate many people. Also, I think the fact that this is a physical place and not just an online presence puts it in a category that generates its own publicity.

kicks: Perhaps the museum is ‘complete’ and has no need of updates? Or is it in constant flux—are you always cooking up new exhibits?

jim: The basic format seems pretty stable. I’m working on a lot of different but related projects, such as a library and computer-generated aquarium.

kicks: You also have this profound quote in the book: “Once the museum is complete, it could become a private sanctuary for contemplation, since the museum will be like being inside your own subconscious mind.” This reminds me of the work at philosopher.life—where a fellow is cataloging his life and correspondence in a huge singular oracular HTML file. So when someone visits, are they able to absorb you through this portal—almost as if it is a stand-in for you—or is it as mysterious to you as it is to them?

jim: Very hard to say exactly what other people get out of it. Many are quite enthusiastic I think mostly they are finding something in themselves that they had not been able to express in just that way. I know from personal experience that it is possible to get a lot out of a work of art and not be able to relate to the artist as a person.

kicks: Haha, I love the idea that someone could relate more to the Zymoglyphic Mermaid[4] than to you.

Well—and you say on the website that you like to give the visitors their space to peruse and not be badgered or guided through. (Have I got that right?) Does it matter to you what the effect of the museum would be on somebody?

jim: Yes, the museum is on the second floor and I just send people up when they come in (even if they want a quick introduction). When they come back down is when I engage them about their reactions (if they seem open to it) and answer questions. I’m definitely interested in what their take on it is, and what it means to them. I keep track on the web site of all the reviews, blog mentions, etc. It’s especially meaningful if someone gets inspired to do something similar.

kicks: Having lived in towns with small museums, junk art houses, religious shrines—you have given your city and the world a great gift. 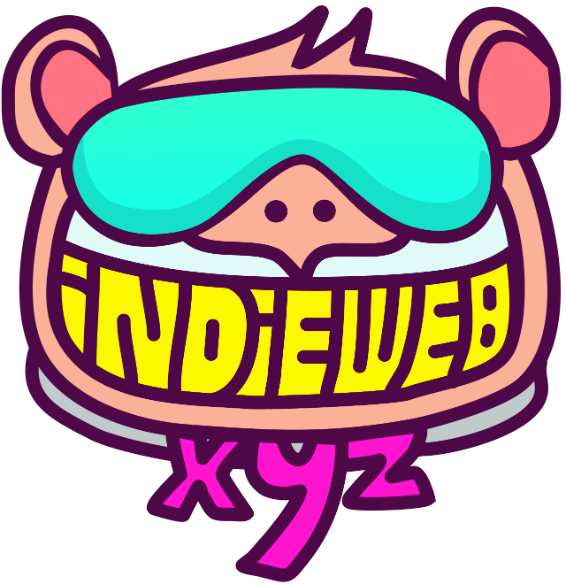 His name is Mike. He’s a skier.

First time I’ve seen something like this — a simplified Arduino project to simulate the 302 neurons of a certain worm’s brain. Also led me to the Open Connectome Project — can you imagine loading a ROM of a mouse brain onto a device?