‘I like a kind of irony I call benevolent, compassionate, like what we find, for example, in the best of Cervantes. I don’t like ferocious irony but rather the kind that vacillates between disappointment and hope. Okay?’

— p. 5, Never Any End to Paris by Enrique Vila-Matas 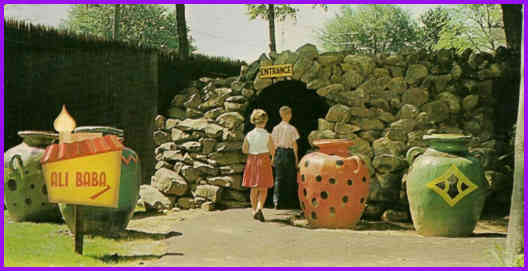 This is too good. A directory. By a novelist. Structural collapse, eh? Damn inspiring. (By Dennis Cooper. Discovered by laurex.)

How to teach — with an eye to Plato and Vygotsky

It was Christmas—and I binged on Piaget videos. And later that week, the grainy Seymour Papert documentaries where he has kids acting like robots in a field. Left! Left! LEFT! And I made several meals of Susan Engel’s essay on Curiosity. And then had it all dashed apart by Vygotsky.

Okay. Good. However—how should I teach? All this theory swimming around so impressively. What to actually say and do?

I was recommended The Educated Mind by Bret Victor at the 20 minute mark in a talk of his[1]. Turns out this is truly a lovely book. It attempts to sum up all the theory. Everything from Plato to Piaget, Vygotsky to Carl Sagan. (Even devoting a hearty portion to irony—a virtue which never seems to get its due.) After half the book mulling over the theories, we move into practical discussion of how to materialize all of this lofty thinking into teaching our real classes. Much like the real classes I teach in one corner of an old brick elementary.

Now, it’s funny. At the same time that I find myself troubled with how to teach, I realize there is almost no other way to do this. As the King of Hearts said, “Begin at the beginning and go on till you come to the end: then stop.”

We recapitulate. We take a young one through the alphabet and all the numbers and symbols, the great novels and how to sketch with perspective and how to disassemble a frog—all that we once went through. We relive a history with them.

It is through this interiorization of historically determined and culturally organized ways of operating on information that the social nature of people comes to be their psychological nature as well.[2]

This interiorization happens through understanding. Kieran Egan covers the many ways of understanding—he lists his five most crucial types—like Mythically, in which we deal with binary concepts and construct imaginary beings that dwell at the extremes. Romantically, in great stories that pretend to have some grand purpose. As well as Philosophic, Somatic and Ironic.

These are not mere gimmicks. We often rely, in small children, on their mythical understanding. We don’t need to explain Hansel and Gretel.

The narrator does not explicitly discuss and explain the concepts of opposition—in this case, security and fear. We presuppose that in some profound way children already know these concepts; the narrator is using their familiarity to make events in some distant forest at some distant time meaningful.[3]

These early chapters on mythical and romantic understanding are wonderful. The mythical section studies the import of fairy tales and Peter Rabbit to toddlers; the romantic part studies both Herodotus and The Guinness Book of World Records, the appeal of high drama and human limits to adolescents. I found so many of his questions to be top notch.

[B]y far the most common learning principle urged on teachers is that children’s learning moves “from the known to the unknown,” and that, to engage their interest and make new knowledge meaningful, one must begin with something relevant to their everyday experience and connect the new knowledge to that. If this indeed is how children learn most effectively, one must wonder what does the fattest person who ever lived have to do with their everyday experience, or the most expensive postage stamp, or the longest beard?[4]

So the theory isn’t too detached from practice. Find the extremes in the subject you’re teaching, the soul of it. Play to the bizarre and the novel. It’s not quite as simple as that, of course—leave room for a touch of irony.

By preserving the earlier kinds of understanding as much as possible, we may develop a kind of irony that enables its users to recognize validity in all perspectives, to believe all metanarratives, to accept all epistemological schemes, to give assent to every belief. […] we do have other pursuits than understanding, and for some of the more exotic amoong them magic will trump science.[5]

Wow, this kind of thing has got to be a heresy in today’s society! The predominant notion today is that our goal is progress, our goal is a perfect truth and knowledge. To be brought back to Socrates and Nietzche—who suggested that the pursuit of truth is only driven by “wanting to be superior”[6]—gives the feeling of an old great truth: that we are really just working with scraps of the universe here. Not the keys to ultimate truth that we pretend.

As a technology teacher, this helps remind me that maybe technology is more of a magical substance than it is a great medicine for society. A realization that cannot come quick enough now that our ideals about social media have been dispelled by the absence of the interpersonal advances we were promised. No, it was all just a trick of getting messages from here to there, not a new form of living.

The final chapters take apart how to structure actual lessons. He falters a bit here—I feel there aren’t quite enough good examples given. But he does give a few very good ones. Such as when he discusses teaching about the air around us in a mythical way.

All in all, though, very near five stars here. I read books not to agree with the authors, but to think. To mull over someone else’s thoughts, in order to find where mine stand. But this book very much influenced me. I know I will be staying close to it from now on.