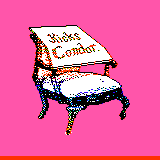 (THIS IS A WORKING DRAFT.)

The 'whostyle' is a way of styling syndicated hypertext from other writers. This could be a quoted excerpt or a complete article. A feed reader could use a 'whostyle' to show a post without stripping all of its layout.

Here is a sample note:

And here is the URL to the 'whostyle':

Basically, you are attaching all of your styles to a class called (*dun-dun*) 'whostyle'! The 'whostyle' element can be any kind of HTML element (on this page it is a div) but the parent might assign it any kind of 'display' or 'width' or 'overflow'. You are allowed to define other non-layout styles like the border, colors and fonts.

All styles within the file must be attached to the .whostyle selector, unless it's an @-rule (such as @font-face.)

Load some of the examples linked above to see fuller prototype examples.

Quite simply, place a rel="whostyle" link in the metadata of your HTML pages.

You can attach multiple whostyles by attaching a title to subsequent link tags:

To attach to your Atom or RSS feed, use the xml-stylesheet directive:

(TODO: I hope to also attach an XSL file that can be used to display an RSS or Atom feed using the whostyle class.)

While the #2 option (iframes) is the cleanest way to ensure that the styles show up properly, option #1 is certainly possible. However, you will need to audit each style independently.

(TODO: Some guidelines for sanitization and modifying the whostyle should be given here. Specific style attributes will be whitelisted at different levels. Also, external URLs will only be allowed in specific ways.)

Thank you to 'sphygmus' for first dabbling in this!