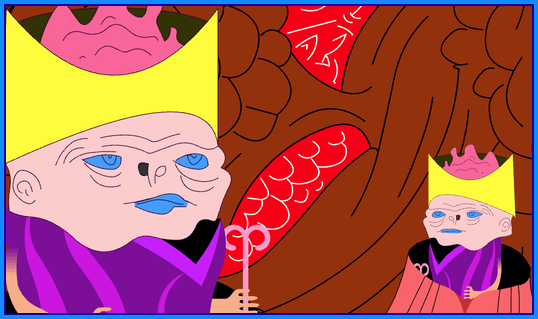 Finished my personal archive of the classic Flash website.

Looks like I first started working on this backup of thewoodcutter.com back in May of 2019. At the time, a lot of the Flash preservation projects out there were just starting out - like Flashpoint and Ruffle. I decided to take an hour this week and see if anything had improved and… was able to get Ruffle working pretty well right off.

I have no idea if The Woodcutter will appeal to anyone out there - I personally really found it fascinating. It made me feel like the Web wasn’t just going to be a recreation of mainstream art - but was an avenue for its own sensibilities. And it felt like so much of the Web would be doomed to be underground - which was a good thing in my mind. Hidden corners, cult classics, experimental shit.

In hindsight, I think The Woodcutter hints at the future - art games like Samorost (which was also at first an early Web Flash game), messy handmade meme faces, and cryptic websites like Superbad or Terminal 00.

I had also planned to revive the Bob Dylan ‘Like a Rolling Stone’ - which was down for a year or so - but it is back in business. Another possible target for my archive is Pharrell’s 24 Hours of Happy, which just isn’t quite functional any longer.

It’s interesting that The Woodcutter has disappeared from the Internet - while other contemporaries like Fly Guy have managed to find their way to Flash preservation sites across the Web.

Maybe it’s just not as well known. Hope you enjoy it!