Jack and Talita’s website - THE model for couples hypertext.

That feeling when Neocities is a legit NeoGeocities.

Unimaginable Heights is a bit like a zine, a bit like the library in The Abortion, a bit like our own invention, a bit like one of those Bob Dylan songs that go on and on with crazy lyrics. It will probably be forever under construction as I learn new silly CSS tricks and shuffle things around. I expect there to be a lot of shuffling around. Hey, who decided the internet needs to be displayed as a stream of chronologically-ordered ‘posts’? This is a place to get lost, and a place to pay some attention.

I would normally wait for HrefHunt to post this, but it’s also got a sweeeeet directory of other Neocities websites that I can’t just sit on. (They even seem to have found chamy on their own! “she’s good at making up jokes about lizards.” Yeah, that’s her.)

The website went up in 2018 and most of the recent work has been focused on the zine page. Which brings me to the other discovery here (from the Winged Snail Mail zine): the ‘master list of postal projects and websites’.[1]

It would be cool if Neocities offered RSS on their site updates page, so we could follow them outside of Neoticies. Perhaps this another thing for Fraidycat to scrape.

(Aside.) Instinctually, I get why people don’t understand my blog. It’s just a feeling that somehow I am lost in my own words. I sometimes read my own stuff and can’t figure out what I’m saying. My sentences can be very unclear and I don’t realize it until a year has passed. It’s the way the words go together.

But I think that I also am just writing on a personal level - not in the Oprah sense, like about tragedy or inner turmoil - but just in that I like to talk about my interests and the people I meet. I don’t really get taken in by news or politics or pop culture - these things aren’t dead to me, they just seem pointless to me - whereas discovering unknown people and learning how to talk to them, as well as building experiments here and there, seems very pointfull. But also memes - I don’t often connect with them either. So I think I lack some language sometimes for connecting with the mainstream.

I guess I’m also thinking about the categorization of my site as ‘counterculture’ - because I don’t really see it that way. That word seems very insurgent. (“Fraidycat as Stuxnet” was serious, but it’s really just a joke idea.) I see myself as being in Jack and Talita’s community - just harmless and out-of-the-way, abdicating any cultural sway or power pronto.[2] And yeah I also see DFW as being ‘hipster bait’ too. But not condescendingly, of course.

Have compassion with the hipster baits of this world, but also try not to waste too much time with them. For they are just like everyone. People are like that, well-meaning, but with much less to say than they think. Maybe hipster bait has the power to reflect us back to ourselves. Hopefully, hipster bait will inspire us. Its social function is to expose the reality of making things, which is that everything is either pathetic or sterile, with very few options in between short of being one of those kooky Italian church painters. At its best, hipster bait is a celebration of both the pathetic and the sterile. And if you think about how Elijah Wood has over 4,000 records in his collection and still says his favourite band are the flipping Smashing Pumpkins (everyone’s third or fourth favourite band when they’re 14), you’ll realise that all he’s doing, all that anyone is doing, is getting up in the morning, then moving around, then going back to sleep; that no matter how grandiose the things you do might feel, they’re still just happening one after another in-between bursts of hunger and tiredness, that it will always be difficult to focus. There will be the task at hand, and there will be disorientating, conflicting impulses swirling around inside of you, always. You’ll realise that existence is much more circular than linear, and maybe your world will feel a bit simpler, and you’ll feel a bit more relaxed.

Yes! This essay is such an antidote to thoughtpieces. Thank you, our beloved Most Quality Couple of Neocities, thank you. 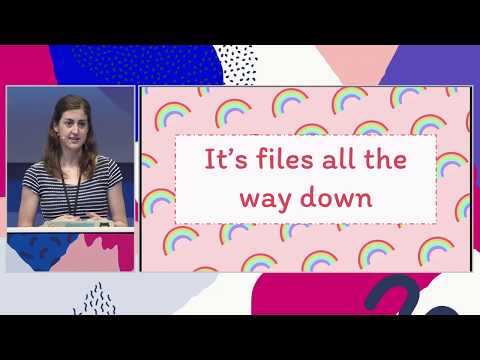 This is a tremendous talk, given so casually! I previously thought Dat was the exciting part of this story—but Beaker is incredibly elegant, now that I step back and survey the scene. At this point, I don’t care what kind of traction Beaker gains, I just want to use it for the sheer fun. (In olden times, the phrase was “get my jollies,” but I don’t know if that expression has taken a turn for the perverse.)

In my Href Hunt, I mentioned this intriguing article. Now it has appeared, a beckoning ghost single as it were. (via Peter.)