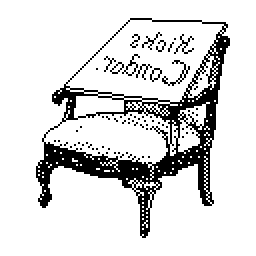 I’ve been both reading Mark Greif’s Against Everything and also just feeling nostalgic for Occupy Wall Street. (People claimed it was muddled, because it didn’t have answers—but I don’t know anyone who thought “We Are the 99%” wasn’t catchy.)

It’s been seven years and I found myself revisiting this day-to-day live blog of the first week, passing the mic between Mark Greif and Astra Taylor. (Here’s a subsequent part that goes into October.)

This author Astra is the wife of Jeff Mangum—and it’s interesting to me that his appearance at Liberty Park later led to a couple rounds of touring after a decade in the shadows. Well, if that was the point, then I’m glad for the times I saw him. Can’t help but wish Zuccotti Park was still a self-organizing commune, though, with its own roving troubadour.

Most of all, I love the description of the orderly congresses:

Noam Chomsky had sent a personal message by email. It was predictably long-winded; I wished people would make the “get to your point” sign. I was sitting close to the aisle of waiting speakers and I was surprised to watch participants whom I assumed knew each other well—since they were working together smoothly—whisper to ask each other’s names. They’re the most easygoing bunch I’ve seen at a protest, and the most calmly confident. Very gentle and not rattled by disruptors. Presumably that’s the confidence of nine days.

Up twinkles, hard block, flat hands—probably too cutesy for most. I dig it. Glad to make a new semaphore any day of the week. Or just fall back on ‘point of personal privilege’. There are rules, but there aren’t.