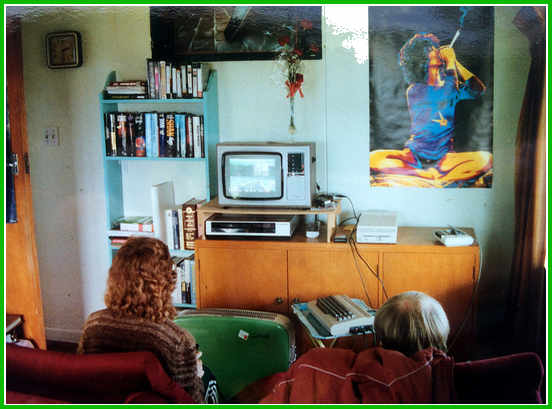 Not the most obscure link—but I’ve not run across it before, despite it being around on Blogspot from 2010-2014, then on Tumblr until a couple months ago (“since tumblr is full of narcs now”) when it moved to the link above. The pic thief behind the blog is “Babs”—who did an interview with Vice in 2015. I collect these kinds of candid photodumps on my Visuals/Images page. This one mostly focuses on white trash photos dating from about the 1970s.

Relevant comment (to all my fellow hyperlinkers) from the article:

Has it been become more difficult to maintain the same level of quality and find compelling images and videos over the five years you’ve been doing this?

Yeah I feel like it’s harder to find photos actually. I have a bunch of tricks I use to find photos on the Internet and now so many photos I’ve already used come up which can be frustrating. I’ve gotten more submissions lately, which is so awesome because a lot of them send in photos of themselves/their own friends in the 80s/90s, and they’re not already on the Internet.

It’s still strange to think that the early Internet seemed like it was filling up with photos and writings and ringtones—it seemed that it would just be an avalanche from then on. And it is, but it’s all become mostly unreachable, much harder to find. I wonder how much of it is deliberate and how much is the nature of the platforms.

Since zines are also in my wheelhouse, I also want to point out some of the links found in the vicinity of Internet K-Hole, such as:

Ok, have your fun.