@ftrain:
I’ve replaced Twitter on my phone with a tiny web app that selects page images randomly from a few hundred thousand old books, plus some museum images, and it’s…basically the same mess of America being problematic, goofy memes, and women dunking on men. 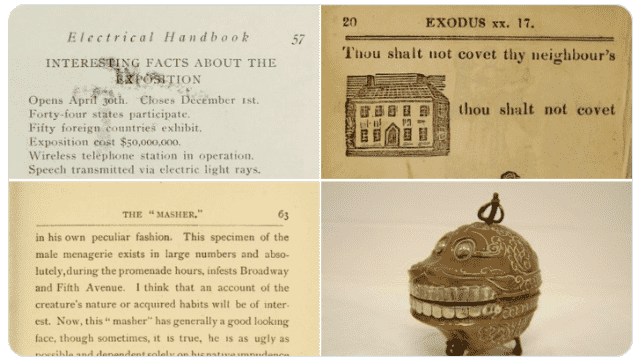 It’s good fortune that this is such a mix of random photographs, scientific diagrams, magazine covers and such. So it’s a rather cool corpus - compared to Google Books, for instance - which might just turn up legions of dry bricks of out-of-date text. This done with Gutenberg might fare better, who knows.

I mean these random samplings are a nice feeling for an archive. There’s definitely some boring things - a scan of a giant page of identical stamps, a ledger of unreadable faint cursive - but you can’t beat the speed of hopping from image to image until.

This is also a microcosm of rare linkhunting. Scroll and scroll and scroll, then stop. And pay attention to where you stop. That’s the drill. This is the minigame.